Skip to content
Around the world, most automobile plants are currently shut down. This is with the knowledge...

Around the world, most automobile plants are currently shut down. This is with the knowledge that the situation cannot last too long without catastrophic consequences. As a result, and as countries start to see the rate of spread of the coronavirus slow down, plans to reopen are taking shape everywhere.

Here’s what we can expect to see happen as the machines start getting turned on again at car plants around the globe.

Car manufacturers will be relying on a series of safety protocols developed in recent weeks for producing ventilators at plants in China and the United States.

Some measures differ from one manufacturer to another, however. Ferrari, for example, said Wednesday it would offer voluntary blood tests to employees who want to know if they have been exposed to the virus.

Auto123 launches Shopicar! All new makes and models and all current promotions. 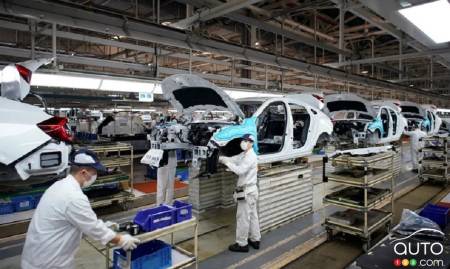 General Motors’s occupational safety manager Jim Glynn told Reuters magazine Wednesday that GM is not convinced of the usefulness of blood tests. But he added that they were willing to study and adapt measures taken by Amazon.com to protect warehouse workers, such as temperature monitoring to detect employees with fever before they enter the work site.

Automakers and suppliers have generally come to a consensus on several steps that are essential, however. These include temperature monitoring, distribution of daily health questionnaires, and reorganization of assembly lines to keep workers at least 0.9 to 1.8 m (3 to 6 feet) away from each other. Obviously, a lot of masks and gloves will be needed to allow large plants to operate safely.

“We know the protocols to keep people safe,” said Gerald Johnson, GM’s executive vice president of global manufacturing, in an interview with Reuters. The auto giant has restarted vehicle assembly plants in China and kept plants operating in South Korea, he added.

The company did not specify when it thinks it can reopen its U.S. assembly plants. Other manufacturers have publicly advanced dates, even though health officials and policymakers (at federal and state levels) are wary of the premature lifting of containment measures.

Said Brian Collie, head of the automotive practice at the Boston Consulting Group, “You see vehicle manufacturers … putting a stake in the ground. By setting a public date to restart production, they signal suppliers to get ready to ramp up.”

The pandemic has plunged the global auto industry into its worst downward spiral since the 2008-2009 financial crisis. Consumer demand for vehicles collapsed as governments imposed containment measures in China and later in Europe and the United States. For Detroit-based automakers and their suppliers, the closure of profitable truck and sport utility vehicle plants in North America has choked off the flow of capital into cash flow coffers. 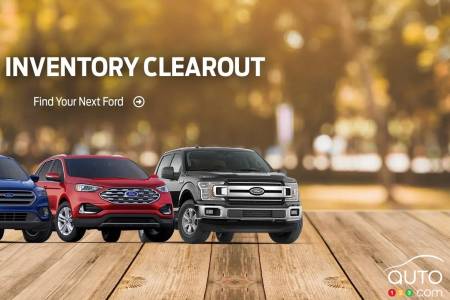 In Europe, major manufacturers say they hope to resume assembling vehicles in the latter part of April. In the United States, several large firms, including FCA (Fiat Chrysler Automobiles), Honda and Toyota, are aiming to restart production during the first week of May.

FCA and worker unions are discussing plans to tighten health and safety measures at Italian plants to pave the way for a resumption of production once the government lifts national restrictions there. The restrictions are set to expire on April 13.

Among the proposals put forward by Italian unions of workers in FCA plants is an idea to move the meal period to the end of shifts, which would allow employees to avoid canteens and eat their food elsewhere. They could also leave half an hour earlier without loss of pay. FCA did not comment on the specific measures put forward by the union.

In the United States, some non-unionized manufacturers have also said they hope to restart their plants as early as next week.

Tire maker Bridgestone said Wednesday that it plans to restart U.S. production on April 13. However, the Trump administration has ordered social distancing to continue until April 30. 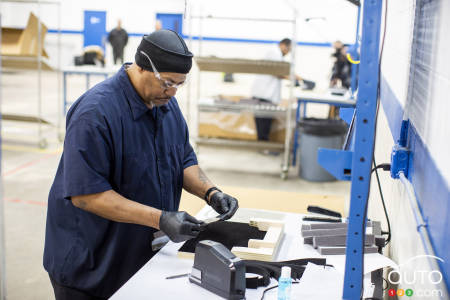 Many of the decisions made by Detroit-based auto companies going forward will depend on the United Auto Workers (UAW), sure to play a key role in deciding when and how plants will restart.

UAW president Rory Gamble said this week that the organization is in “deep discussions with all three companies to plan ahead over the implementation of CDC (Centers for Disease Control and Prevention) safety standards and using all available technologies to protect all UAW members, their families and the public.” The union wants to ensure its members can declare themselves sick to take time off work without penalty.

The UAW has worked with GM and Ford to start production of ventilators in US plants, which has allowed the companies and the union to test out safety measures on a small scale. 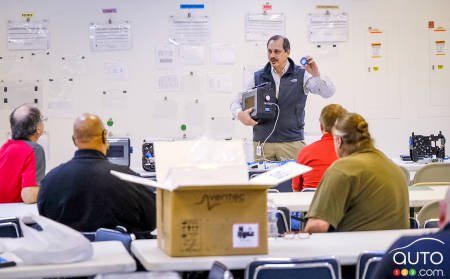 At GM’s ventilator assembly plant in Kokomo, Indiana, workers and management fine-tuned such measures as when employees are given masks and where and when a temperature-measuring device should be used.

It’s been acknowledged, meanwhile, that the time workers spend putting on extra protective equipment, the time spent on extra cleaning, and even reassigning workers on assembly lines designed to produce a vehicle every 60 seconds will likely reduce productivity.

“If we can protect employees, we can get work done. The magnitude of the incremental cost is irrelevant. Costs will be managed.”