Nearly half of all late-model, high-end cars on the road today require the use of transponder keys to start them. A transponder key is essentially an ignition key with a mini computer chip and copper wiring embedded within its plastic or rubber head. Using Radio Frequency Identification (RFID), this chip communicates with the car’s onboard computer (the transceiver). When turned in the ignition, the key responds to the signals sent by the vehicle’s computer and emits a 32-digit alphanumeric code, or tag, to the computer in response. The computer then processes this code and will not allow the car start unless the transponder’s code is a valid one. Consequently, the engine will not start if the transponder chip is broken or missing.

In this way, transponder keys provide real-time, wireless item identification using radio waves. They function at a frequency of approximately 125 KHz, and their range is limited to roughly 7 inches. Transponder keys do not require batteries or electricity to operate, and they do not feature any buttons for the operator to press.

Developed by BMW and General Motors beginning in the late 1980s, these smart keys were created to make car theft more difficult. Although not perfect, transponder keys have significantly lowered the number of stolen vehicles and revolutionized the automobile security industry.

Automotive locksmiths stock blank transponder keys, and they have the equipment necessary to read a transponder’s or a transceiver’s code and then imprint it on to these blanks. These locksmiths can copy and program keys for all three types of electronic codes used in vehicle magnetic coupled transponder systems: fixed (permanent code), rolling (unique code each time key is inserted), and cryptographic (password protection code created by using bidirectional algorithms). Because technology changes continually, though, making duplicate transponder keys can be both time consuming and costly. For these reasons, car owners are encouraged to have spare keys made and to always store their keys in safe places. Doing so will prevent the hassle of having to replace them if they are lost or broken. 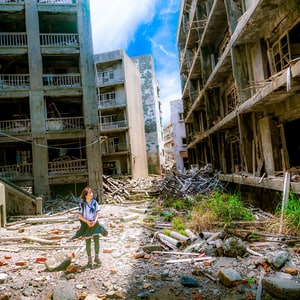